Singer, actress, songwriter, and teacher: You may recognize Melissa Harding as being one of the two ladies who were responsible for providing the impressive and powerful background vocals on the recent “The Modern Vintage Tour” with Sixx A.M. Melissa and I discuss what it’s like being on tour, learning from other musicians and what we can expect from her soon to be released EP!
~~~

Melissa, I recently discovered you as well as Amber VanBuskirk due to both of you being back-up singers for Sixx A.M’s “The Modern Vintage Tour.” If I’m correct this is your second time on the road with Sixx A.M. How did you initially get the opportunity to work with them?

(MH):Thanks so much for coming to the show. It was a really amazing experience. Every audience was so passionate about this band, it was incredible to see that connection from the stage. And this past year is my first year officially touring with the band as a back-up singer. We did the iHeartRadio performance announcing the tour. And then we had an incredible night at Budokan in Japan, and then moved onto the US tour. Each of those experiences were life changing in some way.

I initially had the opportunity to sing with them way back at the beginning during the making of "The Heroin Diaries." All those years ago, I was working as James' personal assistant. I've known James since I was a kid, almost 20 years of friendship. When I moved to Los Angeles in 2004, he would hire me for various singing projects. As his assistant I was around a lot and got to see the process of  [how that] first record got made. It was really amazing. It was my first time meeting Nikki and DJ, and my first time being around a band making a record, and my mind was consistently blown. Each song tells such an incredible story. James is one of my favorite artists on this planet, you won't find more emotion in a singer. It was a time I will never forget. I did a couple little singing things on that album, so working with them now is an even bigger dream realized for me. I am eternally grateful to all of them for this experience.

This was Sixx A.M’s first headlining tour, and your stage presence was incredibly powerful. My favorite moments during the performance were when you & Amber would make your way upfront and stand next to James. In your opinion and experience what is the role of a back-up singer?

(MH): Back up singing is definitely an interesting job. As a solo artist, that’s all me, my style, my vocal ability showcasing what I do best. But with backup singing, it's all about creating the sound that is going to shape that band and that music. The Sixx A.M catalog is so dynamic, it covers so many styles, so much range. I truly have the best job in the world singing with them, because we get to play different characters in different songs. "Dead Man's Ballet" is so haunting, those opening vocals really set the tone of the song. We go from a very breathy and choppy intro into an operatic section and then into a gospel chorus. There aren't a lot of bands that have that sort of variety in just one song. So every time a new songs starts we have to get into a new headspace to create the balance and the performance that will serve that song best. 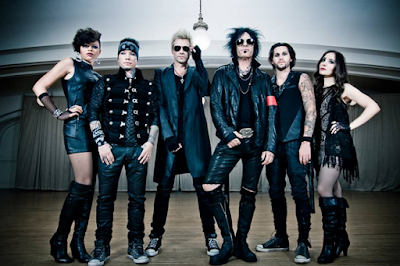 I saw Sixx A.M live in Chicago at The Vic Theatre; my favorite song is still “Help Is on The Way.” However, as a fan I’m standing there wondering how you and Amber don’t get carried away in the moment. Are there times where you are tempted to sing more than you're supposed to or is that an immediate way to get fired?

(MH):It's absolutely hard not to get carried away in the moment! Sometimes I would catch myself being just as enthralled in the show as the audience was. But Amber and I are very lucky, we have a lot of GREAT moments where we are featured. It's not like the traditional back up singer gig where you're sitting behind a mic in the back the whole time. Every piece of this band is important, and Amber and I couldn't have felt more welcomed, and we know we have a big job to do. The vocals are such an important part of these songs, so our primary concern is always doing the music justice. But I love every song so much, I still play the albums regularly in the car and sing every word even if its not my part on the tour! ;)


Can you describe a typical day on the Sixx A.M tour? If there is one, what is the routine?


(MH):We definitely had our little routines! We had coffee together as a group in the mornings in the front of the bus, and we always laughed because this band ate so many bananas. Seriously banana crazy; we were always running out of bananas! And one of my favorite things was the after show routine, getting into the dressing room, telling stories about each of our experiences that night. We would get back on the bus and there would already be so many Instagram pictures and videos and we would check them out as a group. All of those little routines are the things I miss the most about the tour.

One of my other job titles is being the vocal coach for James. I'd been training him for months leading up to the tour, getting his vocal chords really strong, so our singing/vocal care routine was a HUGE part of the tour. Being a singer is a ton of work, carrying your instrument around with you, you have to think about that constantly. Are you getting enough sleep, drinking enough water, doing little things to warm up throughout the day, steaming your chords, warming down after the show. It takes so much diligence to keep your voice truly healthy, and I really wanted him to feel strong every day. It was common to see James, Amber and I in our own routine warming up and down together in addition to drinking our ginger tea! 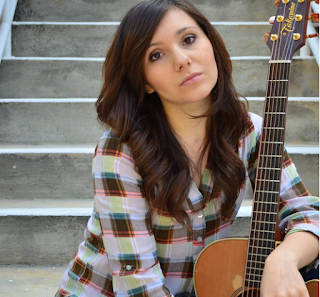 I know you are working on releasing an EP soon. Being on the road with talented musicians such as Nikki Sixx, D.J Ashba, James Michael, and Dustin Steinke did you ask any of them for advice or maybe to lend a hand in writing any of the songs you plan on releasing?

(MH):Yes, I am working on a new EP right now and I couldn't be more excited about it. I wrote all of these songs with Douglas Showalter, a great friend and musician.We are both thrilled with how it's turning out. We really took our time, and this process was a huge lesson in songwriting for me. We started with a bunch of ideas, and narrowed it down to 5 really great songs, we took our time, and made them the best they could be. Working with musicians like the Sixx A.M guys is incredible- there are ALWAYS opportunities to learn about music and the music business. They are absolute pros, and the music they create is honest and emotional and dynamic, and I have learned TONS about songwriting by listening to those albums and being lucky enough to see them work. I've been a fan of James since I was a kid, since his solo album "Inhale", and he has always been a great mentor to me.

One way or another you are always involved in music, when you’re not on the road you are a vocal teacher and an actress. How do you find time in your life and make sure that you are putting all your all your effort into every project you embark on?

(MH):Oh man, that is always something I'm battling. Trying to figure out how to do so many things at once and do each thing justice. I've been very lucky living in Los Angeles, I've always had great opportunities and work coming my way. I've been teaching voice and vocal directing an incredible children's theater company for years, which was something that came into my life straight out of high school. I've always found ways to stay connected to music, but so much of my background is in musical theater, so that’s a huge part of my life as well. I studied opera for years, and I'm a stickler for vocal health and technique. Teaching is a place for me to exercise those skills and pass them on. I'm very deeply passionate about singing and I love that in my career I've been able to do musical theater and then move into the rock world. I like to have lots of things going on, so I do my best to keep myself busy, and I do my best to make sure I always feel challenged. But I'm happy to have so much Sixx A.M stuff coming up so the rock world can become my main focus for a while. And the music is so theatrical, it's like I get to sing a bunch of different styles in the span of one set of music.

You  currently have an EP called “Set Me Apart” and now that you have some time off from touring you are mixing your new EP. Can you tell us what a little bit of what we can expect and if you will be doing any touring off of that EP?

(MH):I released "Set Me Apart" a couple years ago, and it was a great experience. Because I'm always doing a bunch of things in Los Angeles, I have never done a big tour across the US, but I play around LA when I have the chance! But expanding my fanbase is of course something I want to do.

This new EP will be 5 new songs and I'm really proud of them. Each of these songs goes to a really personal place, and that revealing part of songwriting is so exciting. Being honest with your audience, letting them into a part of your life that maybe scares you, makes you emotional, whatever it is. I process my own emotions when I pick up a guitar and start writing thoughts down. And as an actor and performer, the story is everything to me. I can listen to Fleetwood Mac's "Rumours" over and over again, and it's why I love The Beatles: the stories are so good. with the new EP, I think people are going to find that in just 5 songs, we've told a lot of great stories, and I hope they can relate to them. That’s what it’s all about to me.

(MH):I am just really excited to have so many music projects coming up. The new EP will be out sometime in the next month or 2, and the Sixx A.M guys have been working on new music as well. Looking forward to seeing what happens in the studio for their new album, and just over the moon thinking about touring next year. Sixx A.M is a band that everyone should have the opportunity to listen to, and it’s a privilege to be connected to their journey. It's been a life changing experience. You will definitely catch Strutter and Soul Crusher on the road with the guys in 2016 :)


Soundcloud:https://soundcloud.com/melissaharding
Posted by Unknown at 12:00 PM

Email ThisBlogThis!Share to TwitterShare to FacebookShare to Pinterest
Labels: Interviews 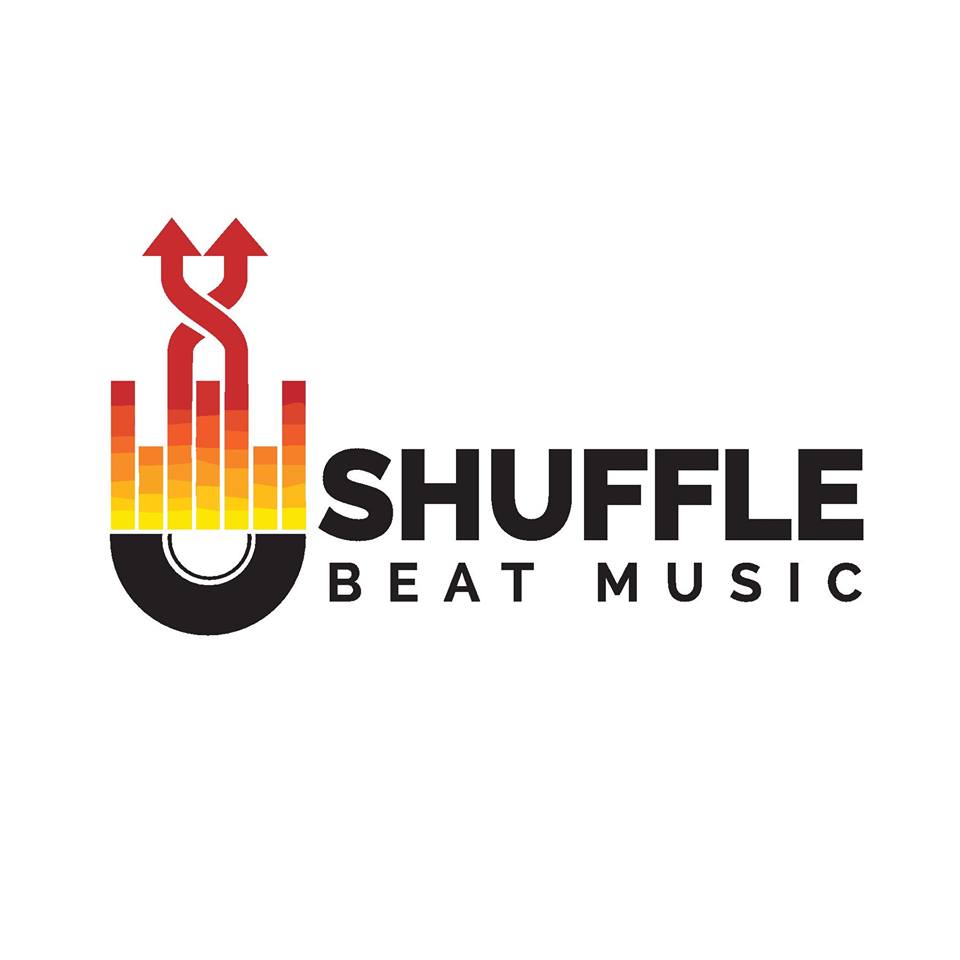